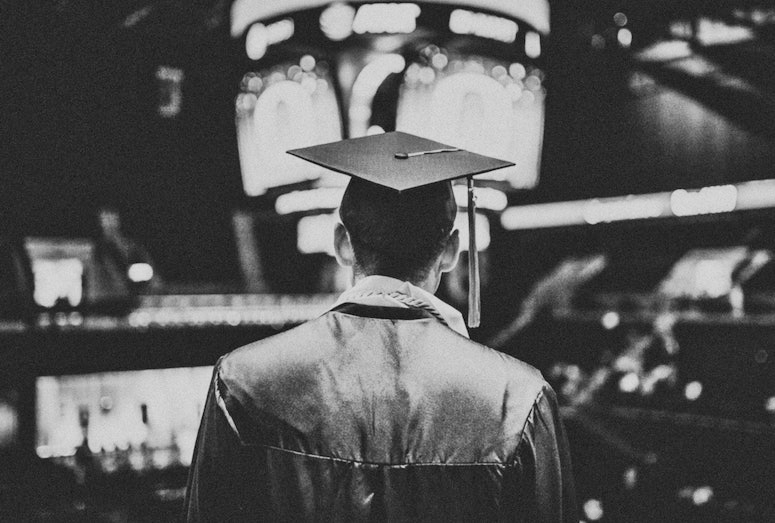 A New Look at White Flight Inside Public Schools 1.0

Why is there not a high representation of people of color in these classes? What are the invisible barriers that are in place that guide students of color not to take upper-level classes? What messages does our education system and schools send in regards to students who are “worthy” to take or be tracked into such classes?

This is my blog. I am writing because I have some important stuff to say that the world needs to hear!

I am going to write and share my truth. If no one reads it, so what! I finally got that mess off my chest!

Kevin Cooper is a Christian, husband, father of four, and an Assistant Principal at The Classical Center at Brandenburg Middle School, GISD. He loves to read and talk to family and friends over his freshly roasted coffee.

Since 2012 I have taken part in commencement ceremonies to celebrate seniors as they graduate into the world beyond 12 years of schooling. I always wonder, as I sit wearing my gown, and viewing students crossing the stage, what will become of their futures.  There are also positions where students are to be seated as well as teachers. The teachers are sitting in the back as to be the ultimate support and witness to the seniors. Teachers are seated on outside rows to be the students’ escorts to the stage and return to their seats. The middle section is a very diverse group of students that exemplifies the very multicultural diversity that the school wants the district as well as all stakeholders to see. In the front, you will see a group of students that are not so diverse. These are the students who are part of a class within the school. They have different color cords and stoles that differentiate them from others. The majority have been in the same categories with each other since their ninth-grade year or earlier. These students are considered honors graduates. But what you will see among these honors graduates are very few African American students.

If you walk down the halls of several schools, you will see what longitudinal white flight looks like throughout the years.  You will see every three to five years more people of color represented at these schools and less non-people of color. Going down these same halls, you will witness different types of environments in classrooms. You can probably guess based on each class’s racial demographics, which are honors classes and which are on level classes.  What do those that are in these honors classes, such as Advanced Placement, enjoy that those in on-level classes avoid? I remember attending a conference on how to help students obtain passing scores on Advanced Placement assessments. The speaker told us that based on a survey, most kids taking these classes take them because of the environment and not college credit or GPA.  What the kids in these upper-level classes enjoy are the abilities to enjoy collaborating with their friends with classwork. They enjoy not having to deal with the instructor struggling with classroom management or getting sidetracked because of classroom management. They enjoy having the stress of learning new concepts but not the fear of other students blocking them from learning new ideas. Some of these students in these classes only take upper-level courses.

Looking at this climatic representation inside a school setting, and depending on what lens a person is looking through, one could think that these classroom environments are becoming resegregated. Why is there not a high representation of people of color in these classes? What are the invisible barriers that are in place that guide students of color not to take upper-level classes?  What messages does our education system and schools send in regards to students who are “worthy” to take or be tracked into such classes? With what is going on in today’s society and the newfound awareness of being silent is compliant, one must look at the effects of silence as compliance with school staff. If the district leadership is quiet, if the campus leadership is silent, if the teacher, counselor, and other staff are calm, compliance will lead to acceptance, and acceptance will lead to the status quo. Status quo will lead to marginalizing one demographic subpopulation and, at the same time creating high expectations for another demographic sup population.  But, along with silence being compliant, is the awareness of stakeholders implicit as well as complacent biases. The effects of both will lead to an uninviting environment for a student of color who would like to try honors/upper-level courses. The results of both will lead to rejection, abandonment, and repudiation of a black student who only needed someone as an advocate.

To recognize this internal white flight in public schools could be the first step in becoming aware of racial disparities. And if this awareness will bring about a change, the next challenge is not to be silent but to become advocates and challenge stakeholders’ biases. A great example of advocates being aware of their preferences is the systemic protocol of the AVID program. If the AVID process is to use teacher referrals for student placement, how many black students then are not recommended because their implicit/complicit biases guided the teacher’s recommendation? Recognizing biases and reflecting on why they guide staff members’ decisions on the trajectory of students of color academic track and white flight is another step in making a district and campus begin to have racial parity.

White flight inside public schools has been the norm and the status quo for many years. The students of color notice the support of the others but are silent. They see the unfair treatment compared to the others but know that they are required to be compliant. Because of normalizing white flight and marginalizing students of color, there is a hidden curriculum of eurocentric perspectives and the privileges of “others” (those that benefit from white flight). Those “others” are seated at the front at commencement ceremonies.

→ Next Story: Are you Using Technology to Change Teaching or Change Students’ Lives? 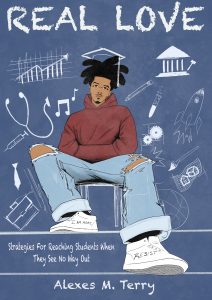